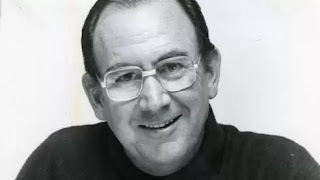 I hadn't thought about Nico Smith in years, maybe decades.  A webinar I attended recently got me thinking about role models and heroes in my life. Remembering my very first job out of college, writing and editing for a mission magazine, brought back a swirl of difficult memories of long hours, an abiding sense of overwhelm and frustration, the classic symptoms of burnout that plagued a good deal of my time there.  I remember myself mostly as a scared kid who over identified with my work and had no boundaries.  But the memories I cherish from those years are the times I sat at the feet of giants, interviewing people whose lives shone with love and goodness and meaningful action.  Nico Smith definitely tops the list of those heroes for me.
Smith was a South African pastor, a white man raised in all the privileges of Apartheid-era South Africa, who at the height of his career was teaching in the country's most prestigious university when he was called to pastor a Black congregation in a township.  He and his wife moved into Mamelodi township in 1981 and served that community for many years.  I first met him just a few years into that season when South Africa was in the news daily as its racial struggles played out with shocking violence. What I remember about Nico is the gentleness of his demeanor and the evident love he had for the people he served.  He didn't see himself as a hero, but simply as someone deeply committed to serving God and God's people.  In fact, it was a question theologian Karl Barth had asked him years before that started him on the journey toward Mamelodi: "Are you free to preach the truths of the Gospel?" Eventually his answer to that question was no, and his life took on the shape of a downward move toward identifying with people who were poor and oppressed. He caught his share of flak from the privileged White society he turned his back on, especially the White church that provided the ideological undergirding for the Apartheid system.
It was easy in the 1980s to look at South Africa as that backward bastion of racism.  Overturning Apartheid was the cause that attracted the most political energy, occupying roughly the space that climate change activism holds today.  Heroics like Nico Smith's made sense in that environment.  Here in the United States, we were reaping the fruit of the civil rights movement and starting to learn political correctness; the vestiges of racism surely lingered only in certain backwater communities in the South. That's what we told ourselves, anyway.  I'm not sure how I squared that with the virulence of the anti-busing protests I had witnessed from the suburbs of Boston.
That illusion - surely a sign of White privilege if there ever was one - has been shattered once again by the video of George Floyd's murder. The reality that we live in a society where people most certainly are judged by the color of their skin and not by the content of their character is on display daily, in graphic and violent detail. The fact that the pandemic that has merely inconvenienced me has disproportionately brought death and devastation to communities of color should not come as a surprise. That's how things are in a country built on the assumption that certain racial groups are not as deserving of decent housing, health care, nearby grocery stores, living wages or the presumption of innocence, along with a whole lot of other things I take for granted.
So I've been thinking about Nico Smith.  He didn't make a political statement.  He didn't attend a rally or protest.  He simply let the logic of the inherent dignity of all human beings and the redemptive message of the Gospel guide him to switch sides and serve the oppressed rather than the oppressors.  He took his gifts, his energy and talents, his care and concern for other people, and put them at the service of the "least of these." He dedicated much of the last decades of his life to serving the people of Mamelodi, and also to building relationships across the racial divide.  He did it with integrity and joy and hope, not in his own abilities, but in the God who had guided him on this journey.
I don't know what switching sides means for me today. Silence in the face of racist comments and attitudes is not an option. Actively seeking to learn from Black brothers and sisters what their experience is like and what standing with them would look like seems like one place to start. Naming the sin of racism and acknowledging the ways I benefit from a society that is built on it is just a beginning. I hope I can follow in Nico Smith's footsteps and find myself building friendships and investing in people and communities that look far different than my comfortable surroundings. 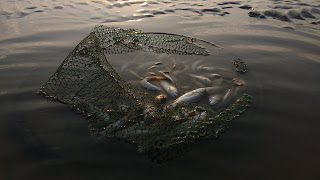 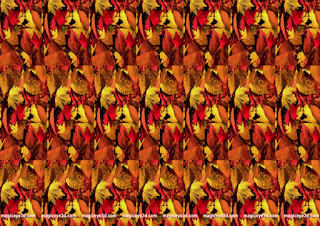